By the beginning of the 21st century, BSH[1] had already achieved a lot. But the task of maintaining its position in Germany and on the global market was not easy. "On one hand, we need to further extend our position as a leading innovator in the sector. On the other, we need to create the basis for continued value-oriented growth through consistent cost management. And we have to strategically use the opportunities offered by new and visionary markets."[2] These were the words used by executive management in the business report in 2003 to outline plans for the coming years. 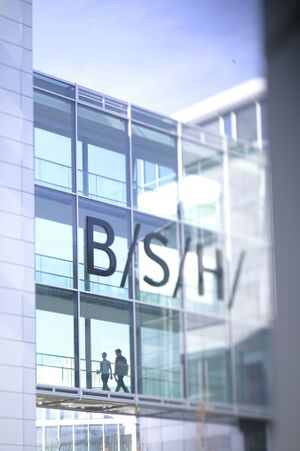 The Group reorganized internally and intensified its work in the area of HR. HR tools previously implemented successfully as pilot projects at German sites were now implemented on an international basis. A new and modern corporate headquarters was established in Munich in Carl-Wery-Strasse 34, which brought together practically all Munich employees under one roof.[3]

The corporate mission was revised in 2005. The guiding principles were as follows: "Our customers can trust us. We are pioneering innovators in our industry. Our people are the foundation of our success. We enhance the value of our company. We embrace responsibility for the environment and society."[4] BSH extended the corporate mission in 2006 with the inclusion of Business Conduct Guidelines.[5] The Code of Legal and Ethical Behavior applied for all employees in the company and regulated the responsible interactions with one another as well as with external parties, especially customers and business partners.

Diversity management was initiated in 2011. "Exceptional people in a strong global network"[6]: that was the motto of the new HR policy, which aimed to attract employees from different social and cultural backgrounds to the company.[7] Hand in hand with this was our goal to strategically ensure and build on diversity in the areas of internationality (international employee exchanges), age structure (utilizing the experiences of older employees) and gender (more females in the company).[8] We did this by promoting talent globally in the framework of talent management programs.[9]

2003 heralded the onset of turbulent times for BSH: While the world economy was volatile, the expansion of the EU to the east and the economic opening up of China also presented major opportunities. Between 2003 and 2013, BSH succeeded in almost doubling revenues from just under 6 billion euros (2003) to more than 10 billion euros (2013). The headcount likewise grew from 34,400 in the 2003 fiscal year to 49,876 in the 2013 fiscal year.[10]

Yet the success story was not all smooth sailing. A global economic slump in the years 2001 and 2002, attributable also to the 9/11 terrorist attacks in 2001, led among other things to a recession in the export-oriented German economy. The home appliance industry also did not escape. BSH's domestic market in Germany suffered a sharp decline in prices.[11] To counteract this, management looked more intensively to promising international markets. Apart from expanding the business in North America, Eastern Europe came in for special attention. A new and extremely attractive market had opened up here owing to the eastward enlargement of the EU in 2004.[12] International business – BSH was at this point represented in 37 countries – became an important pillar of the company's economic success.[13]

The situation on the financial markets remained volatile however. Following a record year for BSH in 2005, when the company recorded a 13 percent year on year increase in revenue[14], the next financial crisis hit in 2007. The trigger this time was the real-estate crisis in the U.S., which directly impacted the built-in appliance business. Revenue at BSH fell significantly in 2008.[15] BSH nevertheless continued to resolutely pursue its strategy of internationalization and expansion to new markets. At the beginning of 2010, BSH began to engage more intensively in the Arabian region, focusing especially on Saudi Arabia.[16] To further expand its presence in the central and eastern European region, BSH acquired the Polish small appliance manufacturer Zelmer S. A. in Rzeszów in 2013.[17] Despite the economic crisis, BSH was able to increase its revenues again to exceed the ten billion mark in 2013.[18] BSH benefited from its strong international network developed over the years, which allowed stagnant developments in some regions to be compensated for by growth rates in other regions.