The following article on the origins of the BSH corporate archive appeared in issue 1/2019 of the Journal "Archiv und Wissenschaft". The quarterly publication of the Vereinigung deutscher Wirtschaftsarchivare e.V., which has been published since 1967, offers space for specialist articles. It discusses important new publications in the field of economic and corporate history, archiving and related fields and contains up-to-date information on conferences and exhibitions.

The creation of the BSH corporate archive 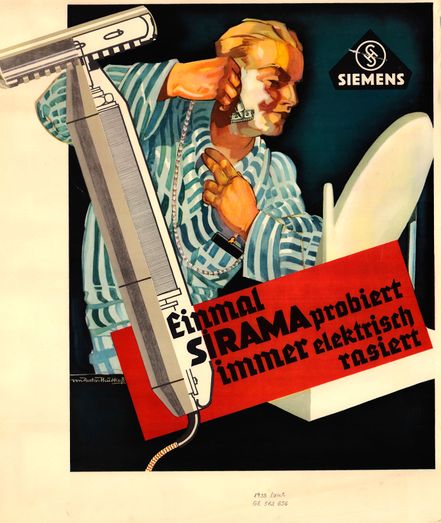 Founded as recently as 2014, the BSH Corporate Archive is very much a newcomer. The reason for this lies in the history of BSH. With annual revenue of around €13.8 billion in 2017 and more than 61.800 employees, BSH Hausgeräte GmbH is one of the global leaders in the home appliance sector. BSH manufactures its products at around 40 factories and is represented by some 80 companies in approximately 50 countries.

The history of BSH goes right back to 1967. This year saw the foundation of Bosch-Siemens Hausgeräte GmbH (BSHG, later renamed BSH) as a joint venture between Siemens AG and Robert Bosch GmbH. BSH was initially tasked with coordinating the home appliance business of the two companies involved in the joint venture. The strategy was that the Bosch and Siemens brands known worldwide should continue to be perceived as independent entities on the market. The employees initially remained employees of their original parent companies, with only a small number working directly for BSH. Closer integration of the two home appliance businesses was a gradual process. In 1978, BSH took over the appliance manufacturing plants from Bosch and Siemens, and purchased further well-known brands (such as Neff and Gaggenau) over the course of the following years. In 2015, Bosch acquired all shares previously held by Siemens, with the result that BSH is now a 100% subsidiary of the Bosch Group. Up to 2014, BSH had no corporate archive of its own. Due to BSH’s close links with the two mother companies, many of the documents relating to its history landed up in either the Bosch or Siemens archive. The result was that the Bosch and Siemens corporative archives were the first ports of call for those researching into the history of BSH and its products. Although BSH was an independent company, it didn’t have an internal archive that took care of archiving tasks. 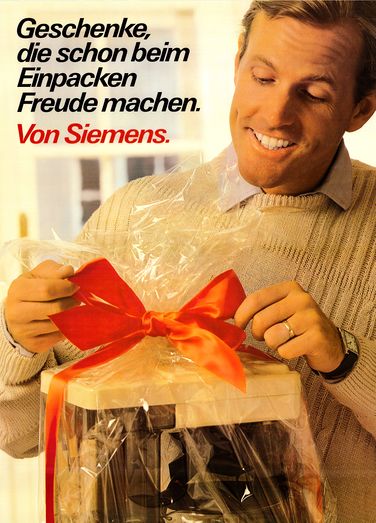 The upshot of this was that there were large gaps in the historical records. Because it was becoming ever more difficult for the personnel in the Bosch and Siemens corporate archives to cope with requests for information about BSH and home appliances in addition to their own work, the idea of creating a separate BSH Corporate Archive began to gain popularity. In 2013, a change of CEO brought further momentum. When the new CEO asked the head of communications to “take a look in the archive” for some information he required, the incumbent at the time was forced to answer that they didn’t actually have one. This was the moment when concrete planning actually began. Shortly afterwards, the head of communications and the CEO met up to discuss the necessary funding for creation of a corporate archive, with the budget receiving subsequent approval. The author of this article, working in the communications department, was tasked with internal coordination and implementation of the project. 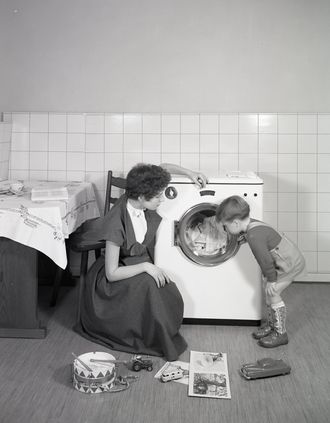 Unsurprisingly, there were no trained archivists working in BSH’s corporate communications unit, so the decision was made to call on the expertise on an external service provider. To build up a picture of the possible candidates in Germany, various professional archivists were asked for their opinion. A short list of four prominent service providers was drawn up, and these were then invited to attend separate interviews in Munich. The project managers finally opted for Neumann & Kamp Historische Projekte based in Munich. There were good reasons for choosing a local service provider – the successful candidate was able to guarantee speedy response times and charged no travel expenses. The archive was officially established in May 2014, and the process of filling it rapidly picked up pace. Archivists at Bosch and Siemens were involved and clear divisions drawn between the different areas of responsibility. The main objective was to identify documents belonging to BSH at the various locations and transfer these to the archive.

The archiving project commenced with a review of all documents of archival value to be found at company headquarters, leading to an initial estimate of how extensive the archive material might be. As part of this process, information meetings were arranged, primarily with heads of BSH divisions. As well as hearing about the plans for the new corporate archive, the participants were requested to sift through the material in their basements (aided by a particularly knowledgeable employee from their unit) to identify documents worthy of archiving. All in all, around 70 such meetings took place around Germany. In the space of only three months, just less than 150 linear meters of archival material were identified, including BSH business records, large collections of Bosch and Siemens advertising material and the archives of well-known brands such as Neff and Gaggenau. Using this information as a basis for calculation, the infrastructure for the new corporate archive was defined. This consisted of an office room for preparation and indexing plus a professional archive storeroom. A suitable archiving office was quickly found, but locating an appropriate site for the archive storeroom took longer. Because it had a large water pipe running through it, the first room suggested by BSH Facility Management was considered to be out of the question – a burst pipe could have endangered the entire archive. Facility Management, however, then came up with several ideas about how this room could possibly be made safe for storage of archiving material. The most interesting of these was a “room in room” concept in which the archive would be set up in a self-contained space within the original room. Because this planning uncertainty went on for around six months, the first archive material had to be temporarily stored in the office room. When Facility Management was asked once again if they could possibly find more suitable premises for an archive storeroom, they suddenly “discovered” an almost ideal location directly below the one they had first suggested. Now it was finally possible to order the mobile rack system, which went into operation around Easter time in 2015. It had been clear from the very beginning that professional archiving software would be needed. The project managers therefore took a close look at several different software solutions. In addition to products offered by leading archiving software vendors, they also evaluated a solution that engineers at Robert Bosch GmbH had developed, based on a document management system, for their own corporate archive. BSH eventually opted for the solution developed by Bosch. Despite a temporary change, this system is still in use today. Once the reviews had been completed at corporate headquarters, visits were paid to the BSH plants in Germany to locate suitable documents and bring them back to Munich. The factories in Traunreut, Dillingen, Giengen, Bretten and Bad Neustadt were all visited during 2015 and 2016, and the local colleagues at these sites provided excellent support during the research activities. A particularly important find was made at the cooker plant in Traunreut. While examining a boiler room beneath the production facilities, the searchers found several roll-top filing cabinets with documents dating back as far back as the 1930s. Some of the cabinets had to be broken open because their keys had gone missing. Having been exposed to decades of extremely high levels of heat and humidity in the boiler room, it was something of a miracle that the documents were still in such good condition. By the end of 2015, a total of just under 180 linear meters of files, advertising material, photos and films had been discovered and successively added to the archive. This can be seen as the point in time when the BSH Corporate Archive moved into a fully operational state and was ready for use. Objects are a further important area of collaboration, with both Bosch and Siemens. Because the BSH Corporate Archive doesn’t have its own collection of objects, any offers or requests regarding such items, either external or internal, have to be passed on to the corporate archives of Bosch or Siemens. These archives check if the object in question is already part of the collection. If not, they decide whether or not it is interesting enough to be added or acquired. In the short period since the BSH Corporate Archive was established, it has already responded to several hundred internal and external queries. It was also a key internal service provider for BSH’s 50th anniversary celebrations in 2017. On top of this, it has taken over long-term storage activities for important areas of the company, ensuring efficient archiving and rapid retrieval whenever necessary. At the end of 2015, also with the upcoming 50th anniversary of BSH in mind, the first steps were taken toward setting up a “BSH history wiki”. The aim was to make it a key part of the company’s communications activities. All relevant information on the history of BSH and its brands was to be made available in this wiki, in both a German and an English version. It was intended to act as a “shop window” for the BSH Corporate Archive. The BSH history wiki went live in February 2016 and can be viewed by following this link: https://wiki.bsh-group.com/en/wiki/Main_Page By March 2019, the site had already received around 250,000 visits, showing the high level of interest in the company’s history. Much of the wiki’s content was made possible by the thorough preparatory work carried out on the corporate archive.

Four years down the line from its first inception, the BSH Corporate Archive has become an important pillar in the company’s corporate communication. It now has an established position within the company, as a service provider and as a guardian of BSH’s company history. All the time and effort devoted to the project since 2014 have been well worthwhile. Alongside ongoing archiving activities and internal service provision, future activities will focus on long-term digital archiving. This topic will become even more important over the coming years and needs to be addressed from both the hardware and software perspectives. The BSH Corporate Archive will use further steps planned at the Bosch corporate archive as a model, taking advantage of any insights gained there. Recording the history of BSH’s international sites could be a further interesting field of activity for the BSH Corporate Archive. At the moment, however, the available resources are inadequate to deal with the intensive on-site research that would be necessary at the various locations. So it would appear that there is no lack of interesting tasks ahead of us.