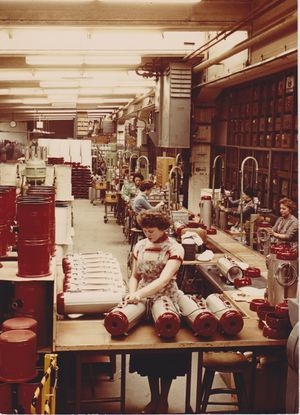 The Siemens Schuckert factories founded the "Elektromotorenwerk II" (electric motor factory II), its second plant for electric motors, in Bad Neustadt an der Saale in 1937. Initially producing electric motors for home appliances, production was subsequently extended to include floor care appliances. The plant immediately became the most important employer in the region. The part of the plant, which produced exclusively for the Bosch and Siemens brands, was taken over by BSH on October 1, 1996. The entire workforce of 550 employees and the production lines were transferred to BSH[1]. The factory buildings remained the property of Siemens AG and were leased long-term by BSH. Development, production and logistics of more than 1.5 million floor care appliances per year were thus managed under one roof. Any thoughts at the time of the takeover on moving production for cost reasons to a low-wage country were dismissed.[2]

More than 70 million vacuum cleaners have been manufactured in Bad Neustadt since production commenced. The tradition-steeped vacuum cleaner factory set a new record in 2010 with an increase in production volumes of more than 10 percent and close on two million appliances.[3] More than 300 appliance versions were produced by the 450-strong workforce in 2015.[4] The number of developers at the BSH competence center for floor care appliances, which is likewise located at the site, totals more than 50. Working in close collaboration with various colleges and universities, they develop new and innovative products, tailored to the needs of customers and ecological requirements. Up to two new appliance ranges are developed here annually and entered into production. This has resulted in patent applications being filed to date for around 1,200 developments.[5] A testing center for improving quality standards was established in the year 2000 to complement the plant.[6] Internally within BSH, Bad Neustadt was involved (in addition to the Berlin, Traunreut and Munich sites) between the years 1998 and 2000 in a test project to introduce a uniform, HR management system SAP-HR (Human Resources) based on R3.[7] The company takes its social responsibility in the region seriously, as evidenced by its solid and trusted partnership with "Lebenshilfe" (life aid), a local workshop for persons with disabilities.

Milestones in the development 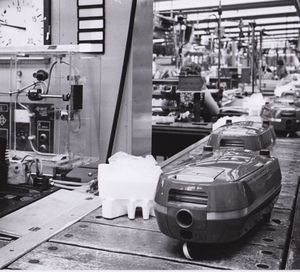