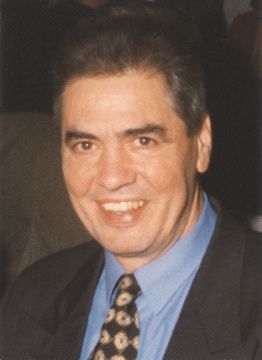 Innovations and in-house inventions have made BSH what it is today: a successful international company. When it comes to revolutionary innovations in the area of dishwasher technology, one name in stands out in particular at BSH: Ernst Stickel, long-serving designer and employee.

BSH Wiki: Mr. Stickel, you completed your training with Bosch. How would you describe your initial working years?

Ernst Stickel: I started off as a mechanic in tool manufacture, but felt somewhat under-challenged. Bosch was offering draftsman training at this time, which I ultimately completed, but I once again found myself dissatisfied (laughs). I therefore decided to attend technical college. I went on from there to design special machines, but soon realized that I had to train many young engineers along the way. Unfortunately, I didn’t graduate from high school, which meant that I hadn’t really thought about studying engineering. Finally, I was given the opportunity to take part in a pre-semester as the fourth-best Baden-Württemberg apprentice. That’s what I then did and completed the course in precision engineering at Ulm Technical University. I was hired again in 1965 as a designer for dishwashers. I am grateful to Bosch for repeatedly re-hiring and supporting me.

BSH Wiki: Your drive to improve continuously is also reflected in your designs. AquaStop, for example, was a groundbreaking innovation. How did it come about?

Ernst Stickel: In the past, washing machines and dishwashers could only be operated under supervision, and the faucet had to be turned off after use. While this may have been clearly stated in legal terms, nobody ever did it (laughs), so accidents and resulting water damage happened all the time. The pivotal moment was an incident with a director of a ball bearing factory in Schweinfurt, when the water level in his apartment rose to 10 cm above his precious carpets.

BSH Wiki: AquaStop reliably protects against water damage. How does it work and what are its distinguishing features?

Ernst Stickel: We didn’t tell the customer how it works, but rather what damage it prevents and how convenient it is. Nevertheless, it’s a very simple concept. A second inlet valve is connected to the faucet and sleeving is pushed over the inlet hose. If there’s a leak in the inlet hose, the water is guided to the appliance's base tray and an electrical signal is sent to the inlet valve, which closes immediately. In addition, the float switch in the base tray then switches on the lye pump. The device has always worked with 100% reliability, as was confirmed by TÜV and the testing bodies on behalf of the insurance industry.

BSH Wiki: Innovations such as this surely take off quickly?

Ernst Stickel: Unfortunately, it’s not always that fast. There was much discussion initially as to whether AquaStop was too expensive or could give the impression that our products are faulty. However, Helmut Plettner, the then Chairman of the Board, ensured that the project was right at the top of the priority list. AquaStop was ultimately a complete success and all competitors were also very quick to acquire a license from us.

BSH Wiki: New ideas naturally often break with longstanding traditions. Ernst Stickel: Another example is the 45 cm dishwasher. The width of 45 cm, which emerged as the desired width based on a survey of singles and employees from two-person households, was not included in the AMK (Modern Kitchen Working Group) standard. As a result, installation in customary kitchens was initially difficult. However, we quickly found a solution, and there were no protests from the kitchen furniture industry either. Thanks to the introduction of the 45 cm dishwasher, sales of small kitchens even increased on previous figures. Ultimately, this innovation was also a major success for us and we were struggling to keep up with delivery of all the orders.

BSH Wiki: Was the new width not also a challenge for the design? The narrower dishwasher delivers the same performance as the model with standard dimensions.

Ernst Stickel: The new 45 cm dishwasher was especially innovative. It was actually quite a challenge to accommodate all the required components, including a new heat exchanger, for example, in a 15 cm narrower washer. The key impetus came from a completely different industry: At the Hanover Fair in 1984, I was struck by the trucks whose engines could be accessed when the driver's cabs were tilted out. We also applied this technology to the 45 cm washers. We took a type of beer crate and filled its individual compartments with the relevant components. We then mounted the container on one side using a hinge and closed it, as with the driver's cab, thus clamping the components. This meant we needed fewer attachment components and screws, reduced our assembly costs and also integrated innovations, such as the instantaneous water heater and AquaStop.

BSH Wiki: Were all projects a success or did you also have flops?

Ernst Stickel: There were certainly one or two technical solutions that I would handle differently today, but we never really had any flops as such.

BSH Wiki: Mr. Stickel, as we draw to a close we would like to come back to you personally. Is there a moment in your professional career that you look back on with particular fondness?

Ernst Stickel: There were actually two moments: First of all, the presentation of the innovation prize by the British trade journal ERT in London in 1988 for the new 45-cm Bosch dishwasher. Secondly, the presentation of the Environment Prize in 1998 by the then Minister for the Environment Angela Merkel. We were awarded this prize for our GV 630 dishwashers, which worked extremely efficiently for the time, saved resources and were part of an end-to-end recycling model.